Consistently voted as one of the top dermatologists in Franklin and Nashville by patients and peers alike, we have helped our patients attain and maintain vibrant and healthy skin, hair, and nails since 1982. We would welcome the opportunity to do the same for you and your family. Let us know how we can help you or read on to learn more about our services, our medical team, or read some of our patient testimonials. 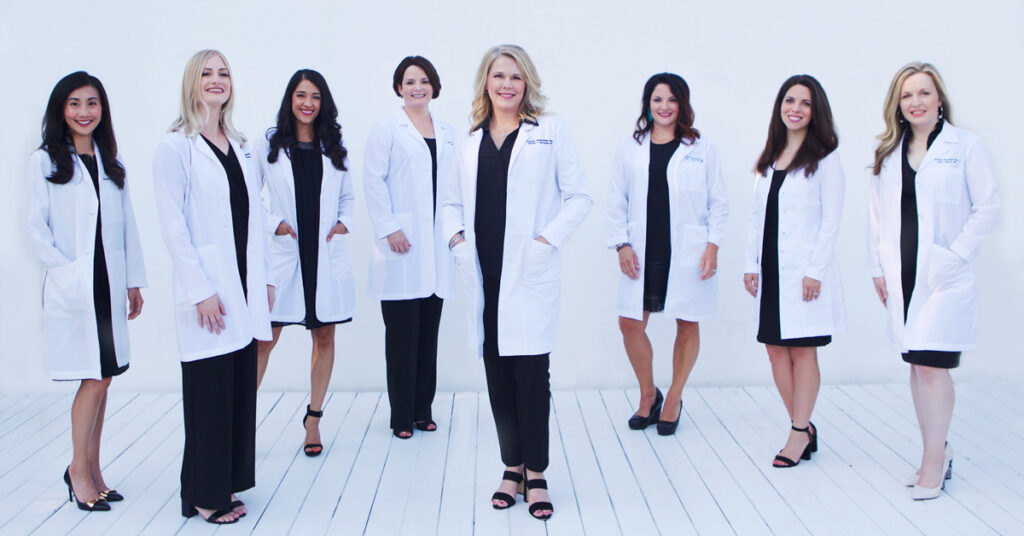 Your Health - Our Mission

Franklin Dermatology Group and The Aesthetic Center are a dynamic and dedicated team committed to delivering excellent dermatologic care to our patients by providing exceptional medical, surgical, and aesthetic services.

Dr. Dana Latour, the first female Dermatologist in middle Tennessee, started Franklin Dermatology in the early summer of 1982 after completing her Dermatology residency at the University of Tennessee-Memphis and practicing there for a year while her husband, Dr. Paul Latour, completed his Internal Medicine, Nephrology and Intensive-care fellowships also at the University of Tennessee. Suddenly and unexpectedly, very fortunate circumstances led to new opportunities for both Drs Dana & Paul in middle Tennessee. Together with two young daughters, they moved from Memphis to Nashville for their lifelong career adventure and were always grateful for that lucky day!

When Dr. Dana founded the practice, Dermatology was a peculiar specialty not well understood or appreciated by the medical or public communities. As it became apparent that it would be several years for both Drs. Dana & Paul to each cultivate their different specialties, Dr. Dana joined the Vanderbilt Dermatology clinics to teach their residents. Over the next four years, the Franklin Dermatology practice gradually persevered, grew, and commanded enough attention that Dr. Dana renewed her full commitment to it and became the creator of the FDG.

Subsequently, Dr. Dana created the Latour Skin Care Center (LSCC) which became a leading-edge, one-of-a-kind concept in Williamson County.  She successfully cultivated the concept of “Medical Aesthetics”, reinforcing that no one could be more competent to provide excellence in aesthetic skin care than a Board Certified Dermatologist such as Dr. Dana Latour.

As the surrounding area grew, FDG and LSCC grew as well. This growth necessitated a move to a larger office space on Mallory Lane. At that time, Dr. Dana had a grand plan for practice growth by adding superbly educated physicians to the group and in 2001, FDG added its first partner: Dr. Charity McConnell! Dr. McConnell was trained at universities different than the Latour’s and so contributed what every successful practice require, the contemporary update of expertise. With the Latours, Dr. Charity guided FDG to greater depth and breadth in the realm of dermatologic patient services and integration into the community.

Soon thereafter, FDG expanded again with additional physicians and the addition of nurse practitioners. At the same time, LSCC expanded its range of quality aesthetic services. The combined FDG and LSCC patient volume growth required yet another move to the Cool Springs Boulevard location. After having remarkable, successful, and legendary careers, Dr. Paul retired in 2010 and Dr. Dana in 2012, feeling confident that the future of FDG and LSCC would exhibit exponential growth in the hands of Dr. Charity. The Latours and McConnells remain close, like family, to this day.

Online appointments are made available. Responding to the need to maintain quality care for patients during the COVID-19 Pandemic.